The Free Grace Baptist Church, Twickenham was started as a Sunday School in 1964 to see if a church plant was a viable proposition. The sponsoring church was Zoar Baptist church in Hounslow, they have moved to Feltham as a result of major redevelopment in the Hounslow area and have re-named to Calvary Baptist Church, Feltham. 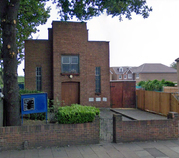 The trial of the Sunday School was sufficiently encouraging that church services were started and behind the scenes negotiations were on-going to purchase the buildings from the Salvation Army. A church was formally constituted in August 1965 with an initial membership.

A little while after Sunday Services were commenced the Venturer Girls Club was started and it has continued ever since. The Boys Club did not begin until much later and was discontinued for several years until it was relaunched a few years ago.

Over the years a number on men have fulfilled the role of Pastor and/or Elder for varying lengths of time. Similarly there has been quite a number of people who have been part of the church in one way or another and then have moved on to other fellowships, during all of this our testimony is that the Lord has enabled us to continue. 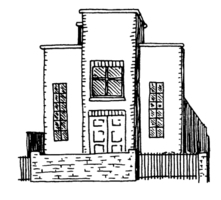